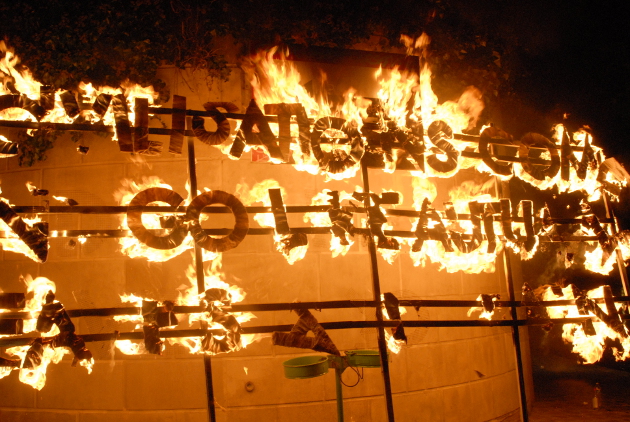 Stacy Boldrick, Curator of Research and Interpretation at The Fruitmarket Gallery, presents a guide to help you find the best exhibitions and commissions that this year's Edinburgh Art Festival has to offer.

Now in its ninth year, the 2013 Edinburgh Art Festival distinguishes itself from other art festivals as one that brings together contemporary art from Scotland and the rest of the world with exhibitions of historic and modern art.

Local, national and international artists as well as the art of the past feature in the programme, with non-profit and commercial galleries participating for a fee. As a result, up until now the festival has tended to lack a particular focus and identity in order to remain inclusive and unconstrained. This year, EAF’s commissions programme provides a theme and a strong sense of curatorial direction.

Parley encompasses ten publicly sited commissions that result from or respond to the overarching theme of talking and debate, out of which might come collaboration and social change. 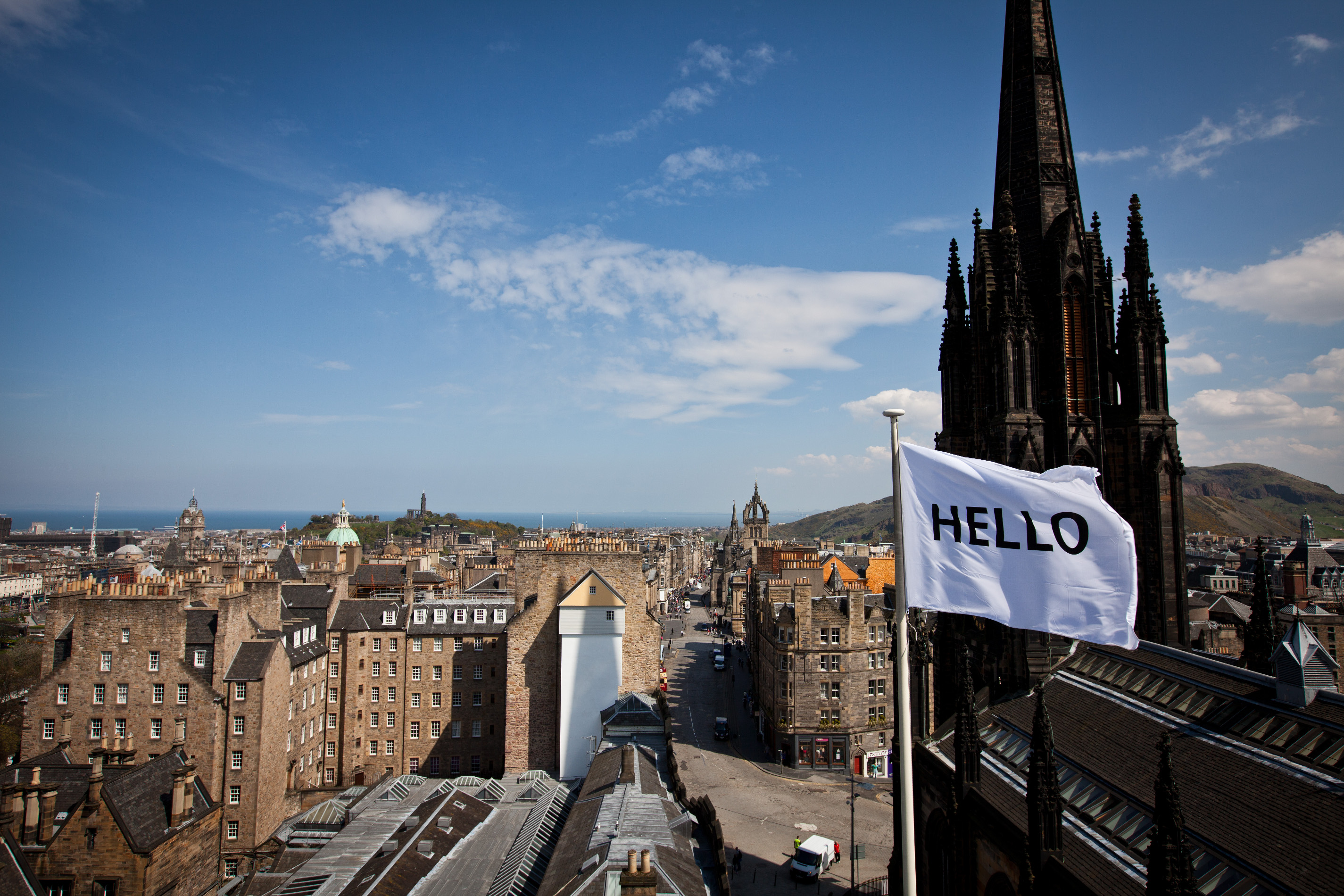 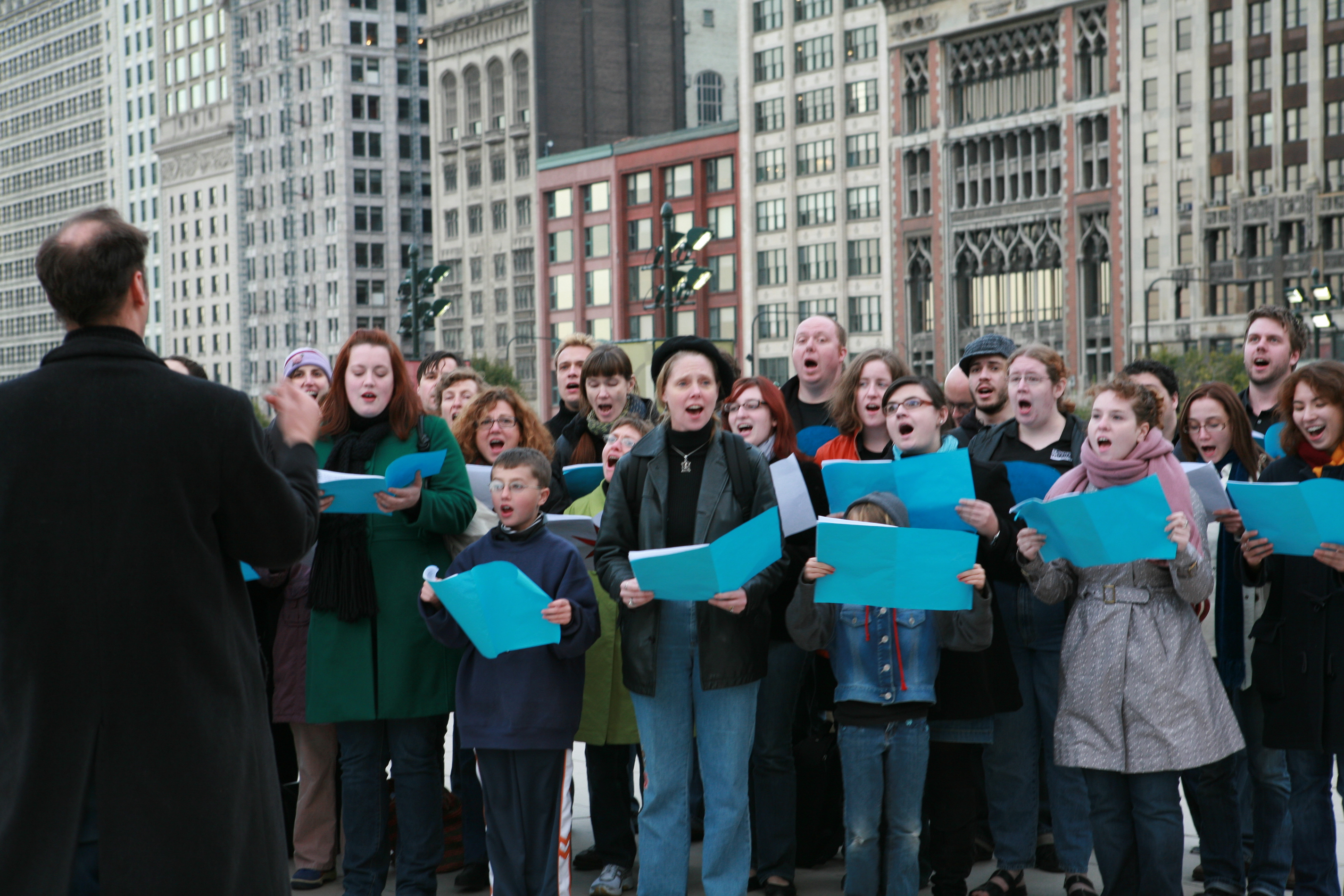 One of the most visible commissions is Peter Liversidge’s Flags for Edinburgh which greets visitors all over the city with ‘HELLO’ from whichever flagpole they are allowed to occupy. Also throughout the city, Ross Sinclair’s Real Life and How to Live It in Auld Reekie deconstructs Edinburgh’s historic and contemporary icons and figureheads in the form of playful and unsettling ‘top ten’ lists on posters: the bands, dead bodies and curators of Edinburgh come to life. 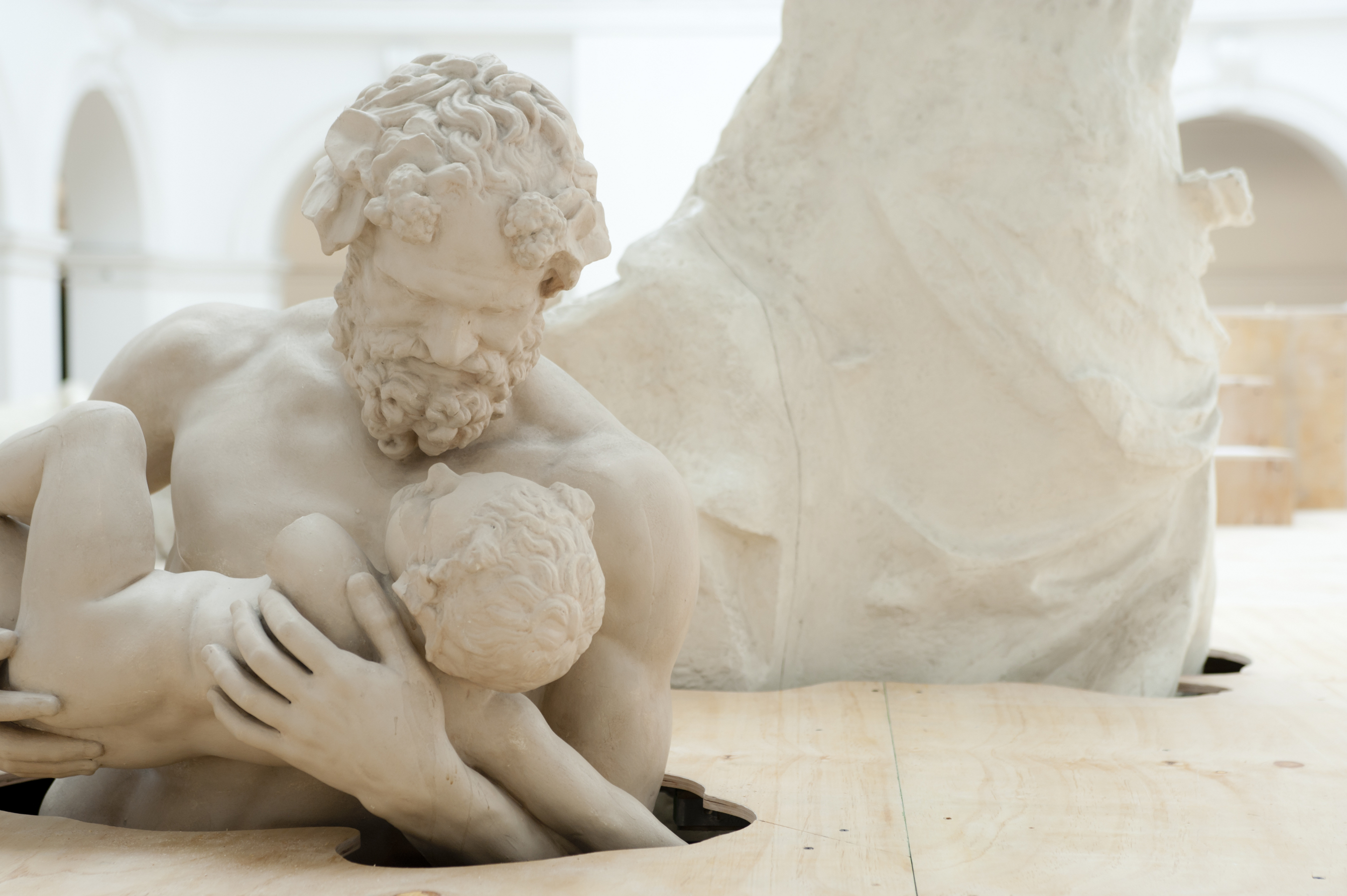 Likewise, sited in the Watchtower of the New Calton Burial Ground, Christine Borland and Brody Condon’s installation ‘Daughters of Decayed Tradesmen’ resurrects the oral histories of women left financially bereft as a result of the deaths of their tradesmen relatives and supported by Edinburgh’s Trades Maidens Hospital. The artists use binary code to transform spoken words into abstract material forms.

Nearby on Calton Hill is ‘Memorialmania’ by Ruth Ewan and Astrid Johnston for Collective. The first in the artist-devised walks series Observers’ Walks, the audio guide evocatively digs through layers of geological and political histories hidden beneath the ‘green scalp’ of Calton Hill.

Mostly West: Franz West and Artist Collaborations at Inverleith House brings together work West made with artists such as Marina Faust, Sarah Lucas, Michelangelo Pistoletto and Aneslm Reyle among others. In some cases, West sent work back and forth, in others, he initiated the work and the collaborating artist ‘completed’ it. Like the process of its making, the works bring together viewers, particularly the head-butting ‘Talk Without Words’ (2012) by Christopher Wool. 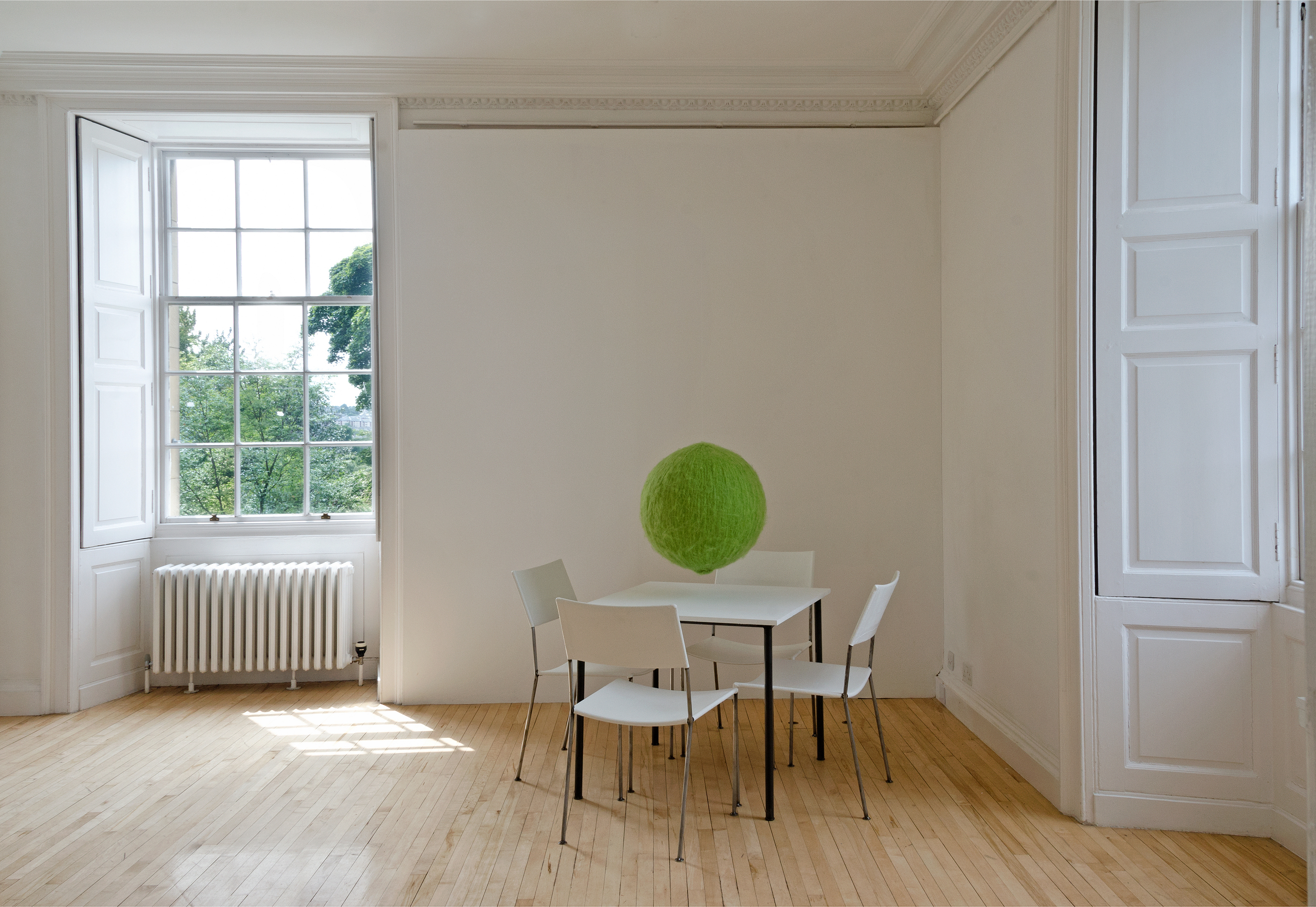 Further afield, Jupiter Artland brings fresh from dOCUMENTA (13) Sam Durant’s ‘Scaffold’ (2012). Based on forms of historical gallows, the work meshes the joy of free play with the horror of state sanctioned executions.

‘Patterns’ is Sarah Barker’s sleek glass and brass, aluminium and painted steel sculpture which she describes as ‘a place to gather, to shelter, to pause’. Its fusion of planar and linear forms gathers and reflects light, movement and its environment, and generates a dynamic of ephemerality, monumentality and restraint. Jeremy Deller and his longtime collaborator Alan Kane show a steam powered internet machine, as well as other collaborative works by Deller.

At Edinburgh Sculpture Workshop, PRODUCT, which includes Kate Owens’s The Only Possible Room and Andrew Gannon’s New Work along with Modern Edinburgh Film School, curated by Alex Hetherington, expands the frontiers for sculpture.

In Gannon’s ‘Balancing on the Skirting in All the Corners’, an un-theatrical performance requiring extraordinary physical stamina from its participants, bodies became structural elements framing the corners of the gallery, human architecture.

Ilana Halperin’s exhibition The Library at the National Museum of Scotland shows work responding to ‘books’ of mica, geology and time resulting from her NMS residency.

Summerhall’s exhibitions include Fiona Banner’s The Vanity Press and Gregor Schneider’s Süßer Duftamongst other offerings from Derek Jarman, Michael Nyman and Lawrence Weiner. Finally, Peter Doig’s major retrospective exhibition at the National Gallery of Scotland has been highly commended and more thoroughly reviewed than any other EAF exhibition.

At my home institution The Fruitmarket Gallery, Gabriel Orozco’s first solo exhibition in Scotland,thinking in circles, considers the motif of the circle in Orozco’s work. Curated by the art historian Briony Fer, the exhibition starts with one painting, ‘The Eye of Go’ (2005), to explore a problem – to try to think about Orozco’s work ‘with’ it – rather than ‘about it’. 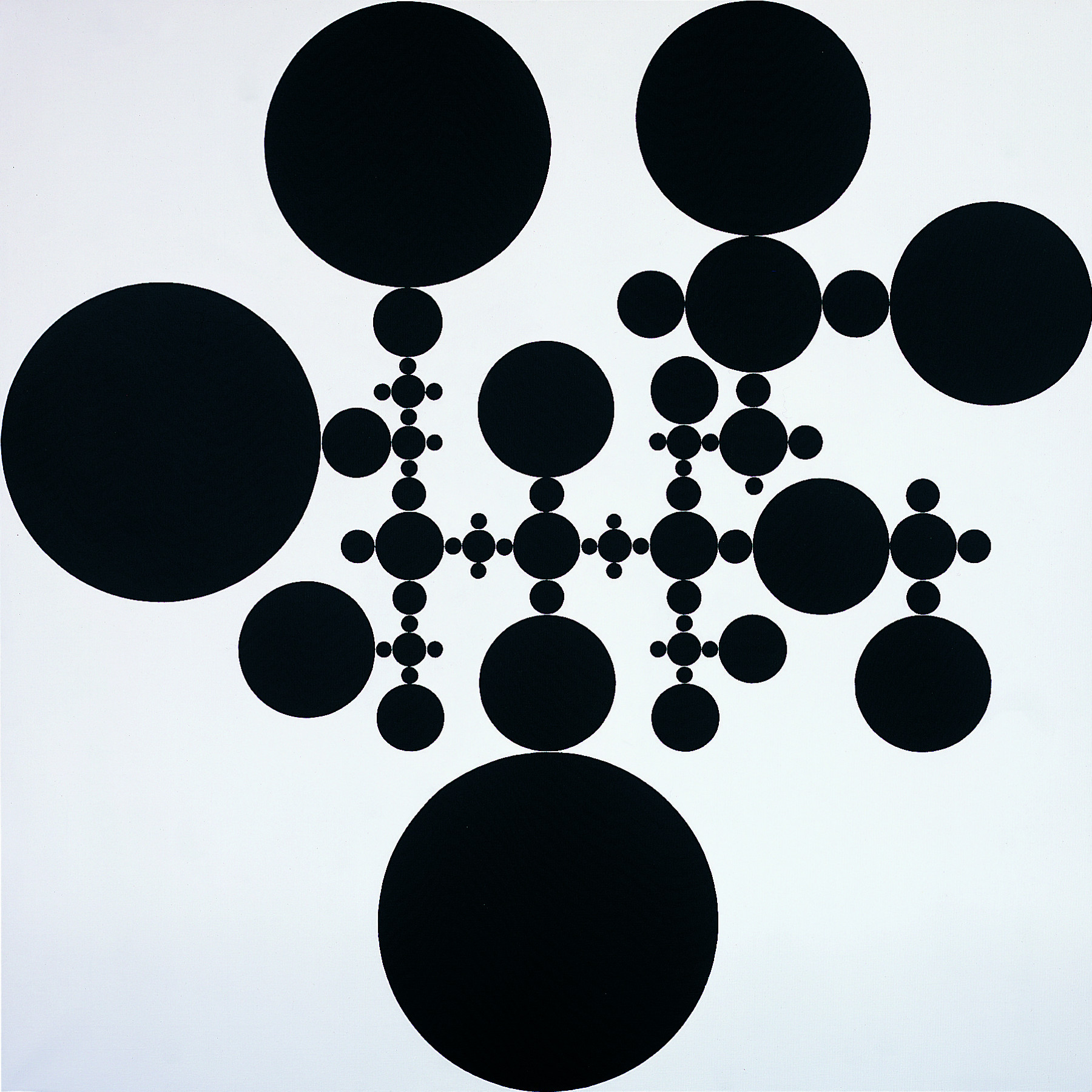 From exhibitions of paintings to interactive sculptures, from flags to video installations, the EAF umbrella gathers beneath it a vast array of art from different times and places, and is fundamentally grounded in the exhibitions programmed by galleries, institutions and artists. Parley may be the title of the new commissions programme, but it can also be applied to the disparate nature of the festival as a whole, a series of contrasting exhibitions producing dialogues of dissent and debate.

Stacy is the Curator of Research and Interpretation at The Fruitmarket Gallery, Edinburgh. She also writes about contemporary and medieval art and is co-curator of Art under Attack: Histories of British Iconoclasm at Tate Britain.

For more information and links to venues and events visit the Edinburgh Art Festival website.