We're showing Darren Nixon's The Gathering at the London Art Fair. He tells us about his approach to painting and his inspirations below.

Darren Nixon’s pictures are elusive - like stills or moments from a story that have been stumbled into part way through. Layers of paint create spaces where strange scenes take place, sometimes upfront and clear, at other times obscured by drips and splashes. Sometimes figures pour out of the canvas and hover under the surface. Others, like those that appear in The Gathering, are slightly alarming in their clarity. The men and the bear gaze around with a sense of purpose that the title only hints at. 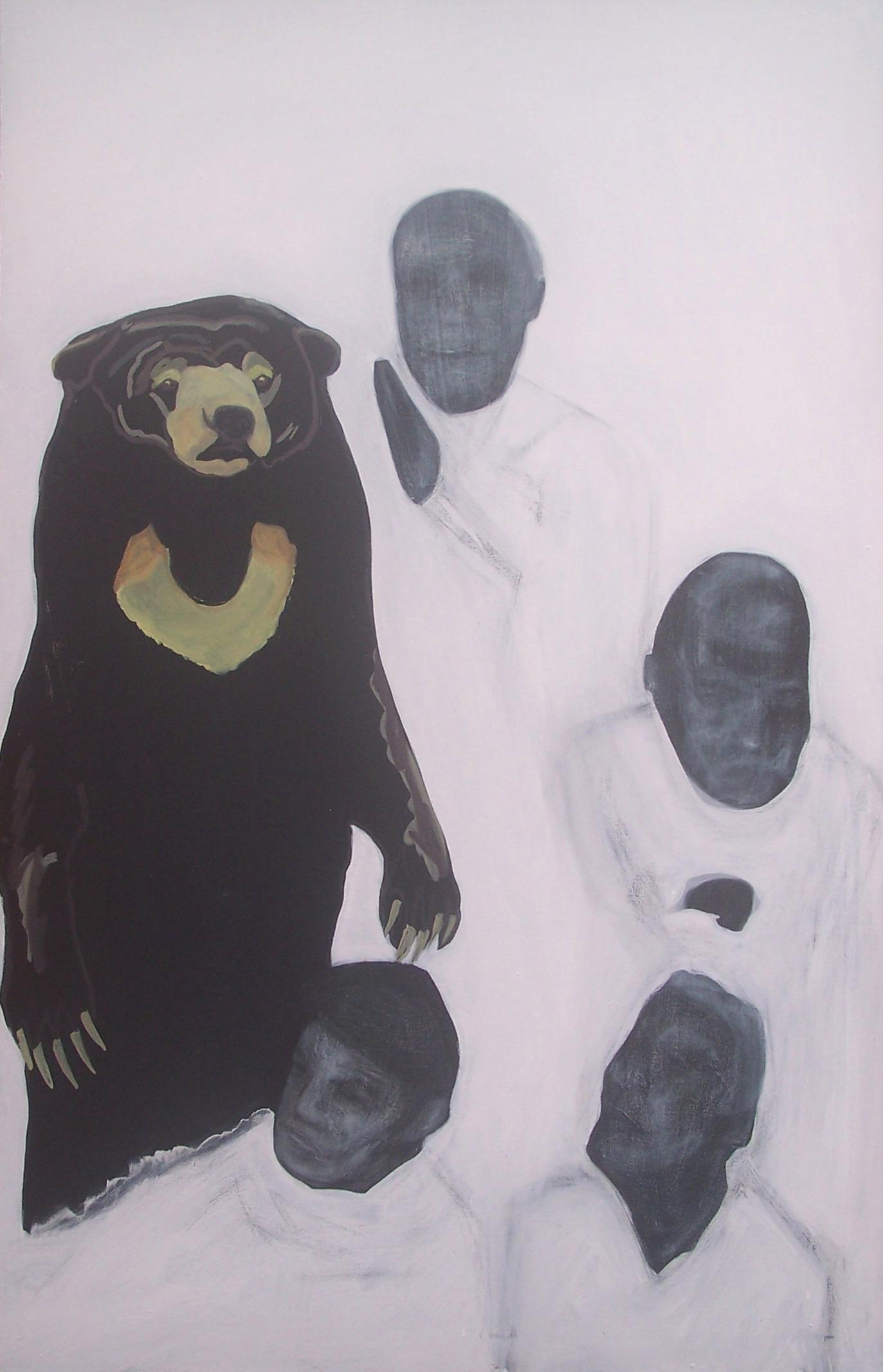 Nixon was born in Derry, Northern Ireland and now lives and works in Manchester, which is also where he studied. He regularly exhibits in the North West.

Tell us about your process as a painter? What kind of source material do you use?

My source material is mostly newspaper and magazine imagery, as well as TV stills and internet image grabs. I try to make the way I source my material reflect the processes most people use to pick up a lot of what they know about the world. My image selection process is often rapid and I try to avoid over-thinking why I am using one image over another. My approach to each image is varied and intentionally haphazard. I always allow room for random elements to decide the course of a piece.

In each successful painting there has to come a point where something unexpected takes it beyond what I had planned for it. Before this happens there is usually a point at which I think the piece has been a total failure.

The larger pieces such as the one going to London Art Fair can take quite a long time to take shape. This painting actually took well over a year from start to finish – the bear only arrived during the very last stages of painting.

Which other artists do you look at?

I look to Peter Doig and Luc Tuymans in terms of their approach to narrative. I am also influenced by the work of artists such as John Stezaker and Henri Cartier-Bresson. The way Cartier-Bresson frames a picture and his ability to create powerful narrative with the barest of elements is something I chase after in my own work.

In Stezaker it is his ability to create something other-worldly from elements which simply shouldn’t work that way.

Lesley is an artist, writer and curator based in Sheffield. She is also a Content Curator at Axisweb.