Home Archive Contemporary art in Derry/Londonderry - An over...

Contemporary art in Derry/Londonderry - An overview

Centre for Contemporary Art. Installation view from If What They Say Is True - Lee Welch, 2012 -13

This year Derry/Londonderry is enjoying the accolade of being the first UK City of Culture. Axisweb Director, Sheila McGregor, pays a visit to discover more about the 2013 programme and the contemporary art scene and finds a city that is well worth the visit.

Perched on a hill, overlooking the River Foyle, with steeply climbing streets and panoramic views from its city walls, the new Capital of Culture is a picturesque place to visit.

For anyone whose impressions of Derry/Londonderry were formed by news coverage of the troubles in the 1970s and 80s, it comes as a surprise to discover that it was Ireland’s first planned town and has a fine Georgian and Victorian architectural heritage.

The city remains geographically divided along religious lines, with the majority Catholic population concentrated on the ‘city-side’ of the Foyle and the Protestant community living mainly in the ‘waterside’ to the east of the river.
The ‘Peace Bridge’ that now spans the river is a symbol of growing integration and civic determination to overcome the legacy of the past. 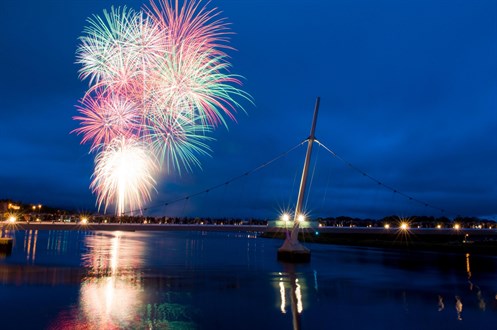 
The decision to make Derry the Capital of Culture in 2013 was seen by many commentators at the time as an overtly political gesture, especially given that much bigger cities (i.e. Birmingham, Norwich and Sheffield) with more extensive arts provision were also on the shortlist.

But when you visit, it’s clear why Derry/Londonderry captured hearts and minds, for it combines a certain faded architectural charm with an atmosphere of jaunty friendliness that’s hard to resist. Michael Bradley, former member of the Undertones, sums it up brilliantly in this short film for the Guardian website.

And if the award of City of Culture status was partly motivated by economic and political considerations, then why not? As recent events in Belfast have shown, the cause of peace needs all the help it can get.

In fact, the visual arts have always had a strong presence in Derry, as those who remember its famous Orchard Gallery under the leadership of Declan McGonagle can attest. Today other organisations have taken over where Orchard Gallery left off.

Located in an unobtrusive side street, the artist-led Void Gallery has steered a steady course over several years, with a succession of noteworthy exhibitors from Ireland and further afield (Phil Collins, Jeremy Deller, Heather and Ivan Morison, Willie Doherty, Cathy Wilkes, to name only a few) and an ongoing education programme, Art School, which offers A- and AS-Level students an impressively sophisticated training.

Void Comix, a monthly guide aimed at 6-12 year-old children, gives children and adults alike a lively introduction to the current programme in the form of comic-strip stories by the Beano and Dandy illustrator Nick Brennan.

The Centre for Contemporary Art occupies an elegant Georgian building close to the town walls in the cathedral quarter of the city. Aileen Burns and Johan Lundh, its newly appointed co-directors, have a compelling vision for the gallery’s future programme, one that combines curatorial rigour with a determination to confront the issues that local people face in their daily lives.

In common with Void Gallery and Orchard Gallery before them, they recognise that art institutions must have an authentic connection with the community if they are to flourish.

It will be interesting to see what impact the Turner Prize has, when it takes place at the end of the year in the gleaming Ebrington Barracks on the east bank of the Foyle - until not that long ago a fully functioning military parade ground for the British army. 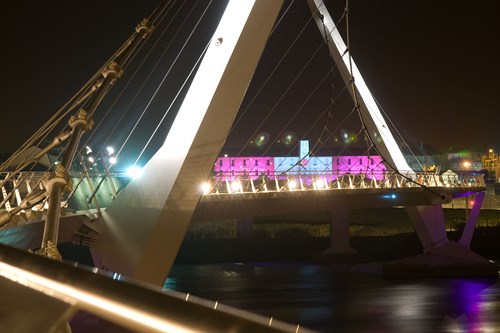 The exhibition will draw the crowds that’s for sure. But it is to be hoped that its arrival in Derry/Londonderry will also shine a spotlight on the country’s existing infrastructure for contemporary art, not just in Derry/Londonderry but in Northern Ireland as a whole.

The build-up to Derry/Londonderry’s year as City of Culture has not been without its complications: there have been clashes between the council and Culture Company, the organisation charged with delivering the celebrations, over fundraising and marketing matters. More alarmingly, Culture Company’s offices have also been the target of a bombing campaign by dissident paramilitary republican groups.

Throughout it all, however, organisers, political leaders and local creative practitioners have remained steadfast in their commitment to bringing about a truly ‘legenderry’ year of creative activity, involving the widest possible cross-section of the public.

As you fly in to Derry over the beautiful County Antrim coast, it’s hard not to feel excited about what’s in store and hopeful that 2013 will prove, for all the right reasons, a year to remember.

Sheila is the Director of Axisweb.

Meanwhile in Belfast... by Declan Long