At the London Art Fair, we'll be showing four works by Chris Agnew. Find out more about him and how he approaches his work below.

Chris Agnew is as meticulous in his research as he is in the minutely detailed execution of his work. His work is firmly rooted in history. Colourful geometric forms intrude upon grand, sweeping, mountainous landscapes, suggesting apocalyptic events that might change the face of nature forever.

Pic de Bugarach features the mountain in France where thousands of new-age spiritualists have congregated. They believed that the world would end on 21 December 2012 and that aliens, living in the mountain, would emerge to save those on or near Pic de Bugarach and take them to a new world. The painted triangular section of the piece makes reference to the ‘magic triangle’ of towns situated around the mountain with inflated accommodation and living costs which cash-in on visitors. 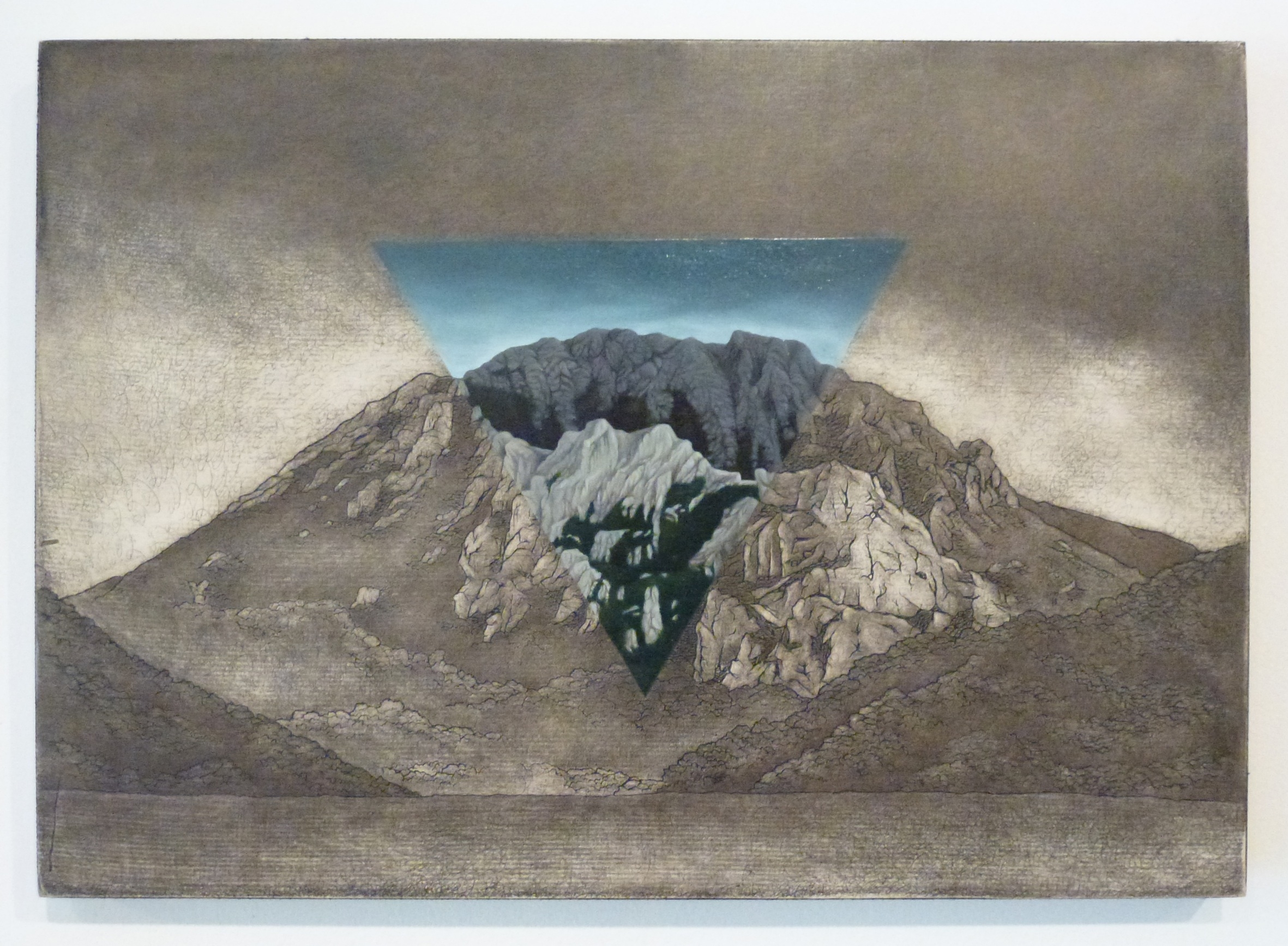 Agnew’s etchings onto primed wood, over which oil paint is layered, is an unusual technique, which is typical of his desire to reference historical practices, while also creating original and contemporary work.

Your work combines painting and etching. Can you tell us about the process of making the work? I notice you etch into resin as well as etching on wood panels.

I studied etching during my BA at the University of Leeds. As I became familiar with the process, I noticed that the ink on the plate before going through the press actually appealed to me more than the final print. The hand of the artist was more present on the plate than it was in the print and I instantly understood this as an important feature in my practice.

When I began my Masters at Wimbledon, I developed this idea further. I was researching a lot of Mayan history and prophecies throughout my MA, and resin features significantly in the creationist text, the Popul Vuh.

I began casting my own resin blocks and etching directly into these, rubbing oil bar into the lines and adding painted details. My work which uses this technique was shortlisted for a number of prizes including the Jerwood Drawing Prize and Saatchi's New Sensations. 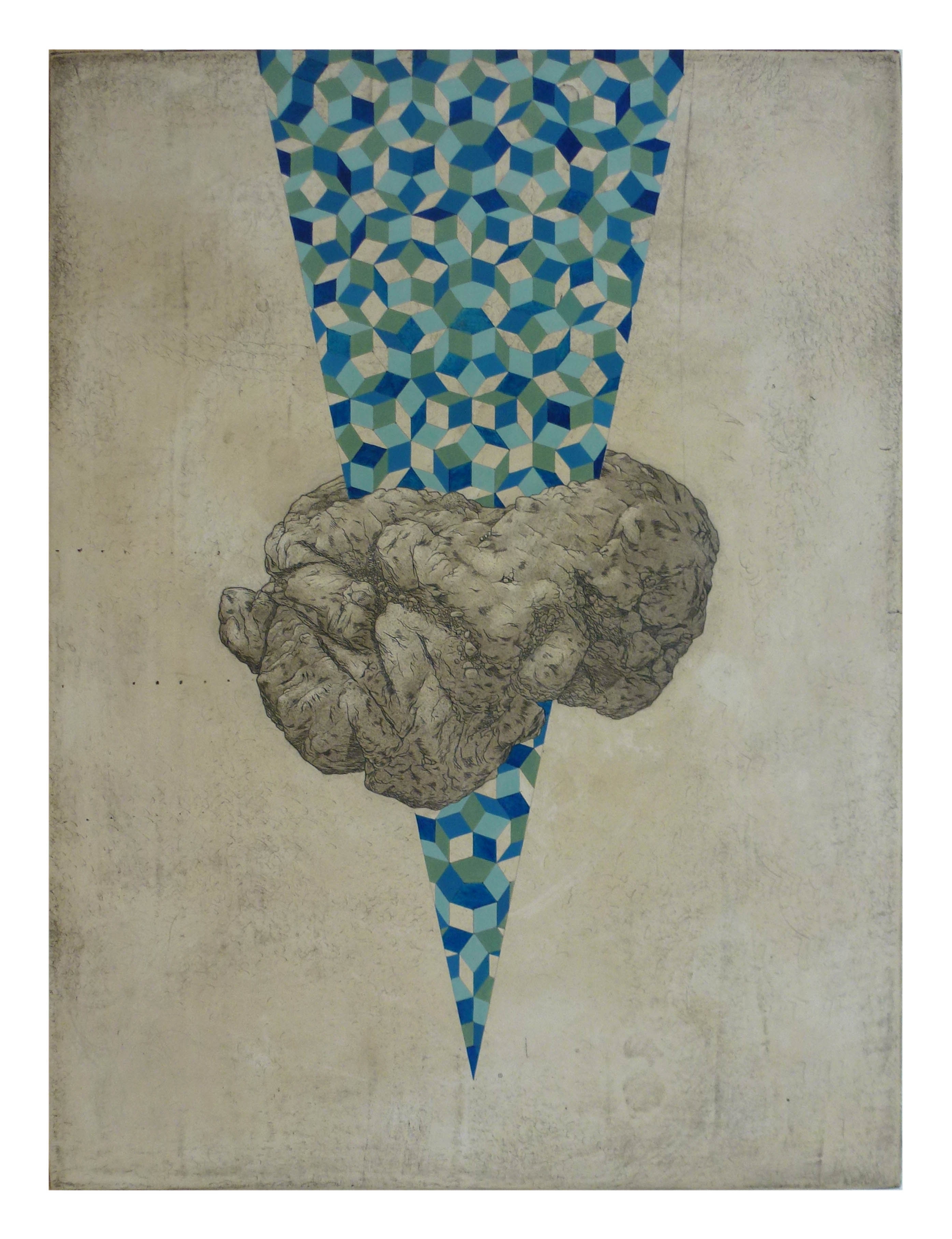 Since then I have made a change from resin to primed wooden panels which allows me to give the etchings a painterly texture that wasn’t possible using the waxy resin and has enabled me to be a little more creative with my compositions, as light and shade are easier to handle on this surface.

Ruth is Projects and Media Producer at Axisweb.

Chris Agnew is our Artist of the Month for January 2013. Read his full interview here: axisweb.org/artistofthemonth