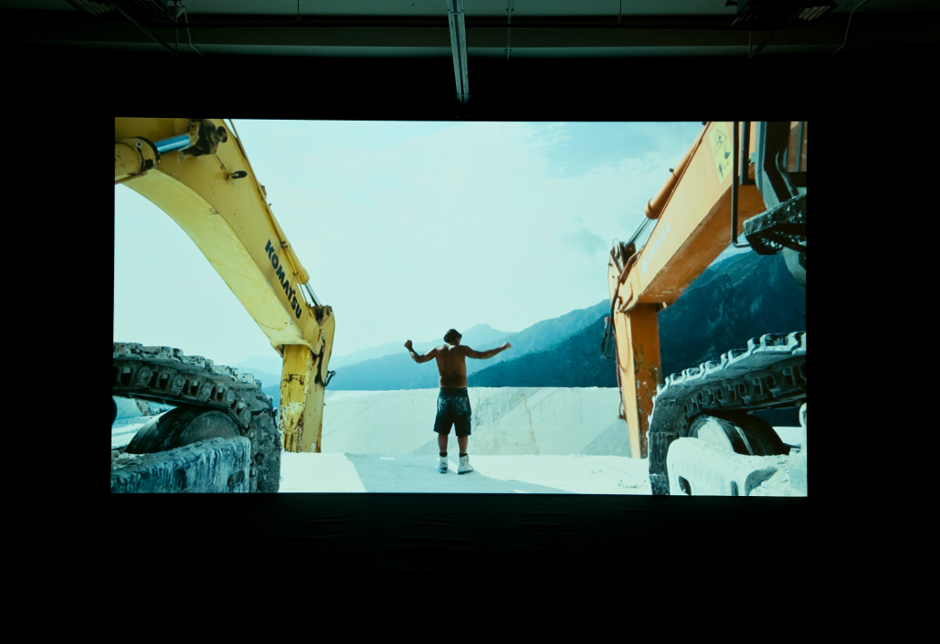 Matthew Hearn has dug deep into this year's AV Festival to bring us this special report. It's been hard work but it seems there are a few gems to be found.

Recent years have been characterised by festival fever with loose-remit festivals sacrificing editorial and thematic vision for open door policy. Funder-driven, placing tourism and economic ecology above artistic quality, these festivals mostly went out with the bathwater after the abolition of regional development agencies in 2012. Though the cuts themselves and associated impact on cultural policy are undeniably problematic, they have re-enabled a festival model that prioritises programming, meta-vision and the actual work.

In this context, AV Festival 14 unapologetically has an agenda to set. Festival Director Rebecca Shatwell has reclaimed curatorial control over the programme, commissioning a host of new works, giving UK premières to numerous films, whilst curating two thematic group exhibitions and programming an exhaustive month-long schedule of performances and events.

AV 14 is a lot to take in: Wang Bing’s epic documentary 'Crude Oil' alone requires two days of viewing. Each weekend also has a different themed programme of events and screenings. Time and real time is one of the core ideals that AV continues to present and, in many cases, demand unapologetically. And this is to its credit. In a climate of adjunct this and edits of that, AV Festival 14 isn’t compensating for anything. It is, what it is. 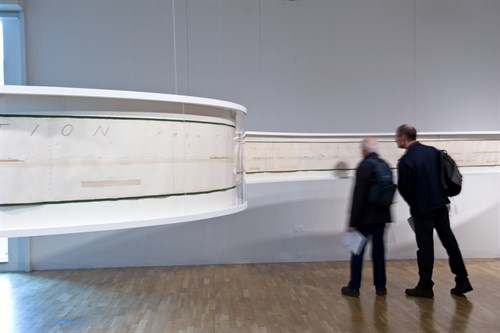 Like The Encyclopedic Palace, curated by Massimiliano Gioni for the extensive warehouse network of the Arsenale at last year's Venice Biennale, the AV Festival is no less extensive, and one might argue, lacks none of the controversy. And what about AV or the more-fluid interpretation of AV? Rather than a festival defined by medium or technological aesthetic, AV is pushing itself as a festival defined by its curatorial thesis. ‘Extraction re-imagines the geologic’ it claims, focusing upon the immediate physical environment in which we exist as a landscape of invention.

Highlighting raw, material agency, the two curated exhibitions at Northern Gallery for Contemporary Art (NGCA) and Middlesbrough Institute of Modern Art (mima) push this reductive ideal. STONE at NGCA opens with a selection of exquisite 19th-century hand-carved models which represent first attempts to visualise geology in three dimensional forms. A manmade scale continues in Dennis Oppenheim’s and Gabriel Orozco’s videos: the first places rocks on top of his hand, making it invisible in a camouflage of stone; the second mimicks nature’s erosion as the artist continuously handles a stone, polishing and shaping its surface. 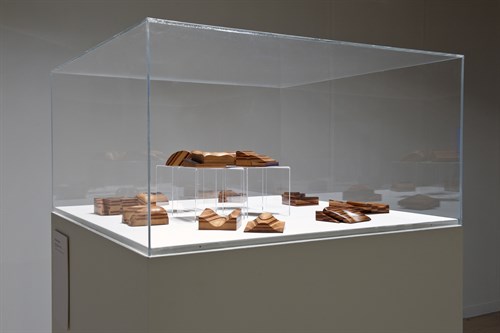 Individually, these, like other works in STONE, are poignant and reflective – not least Yuri Ancarani’s sublime ballet of signed language and gesture amidst the vast scale of a marble quarry. Yet whilst the show aims to reduce the material world to its basic building blocks, I’m not convinced ‘stone’ is thesis enough; it is just material likeness, a medium, the very constraints AV seemed to be avoiding.

METAL, at mima, has other frustrations. Steeped in a history connected with iron and steel manufacture, Middlesbrough IS a (post-) industrial landscape. Having seen the riches of a global industry and come to terms with their loss, the place speaks directly to the theme. Though citing and acknowledging this as a context for the show, the attempt to translate this to a global perspective becomes confusing. Rossella Biscotti & Kevin van Braak, After four rotations of A, B will make one revolution (2009-2013), Platform A. Photo Colin Davison Courtesy of AV Festival 14.

Having been given a show at NGCA that is all about rocks, literally rocks and stones, in the show at mima, ‘metal’ is for the greater part treated in the abstract: it becomes metaphor. Given the immediacy and relevance of the theme to the place itself, the works presented are frustratingly esoteric: metal becomes a synonym for currency or a stand in for political agency.. Whilst such poetic interpretations are not themselves problematic, ‘metal’ becomes less a thematic core than a, secondary characteristic, barely there, and hard to extract.

Where the two shows leave a feeling of ‘and..?’, there are a number of commissions which, in their reductive simplicity, deliver an AND of so much more. Biscotti & van Braak’s minimalist sculptures at Platform A, produced by melting remnant socialist sculptures into solid blocks of pure bronze or iron, give heightened significance to the material. As objects given new-found form, they do everything METAL promised.

Akio Suzuki’s sculptural installations at Globe are built around ideas of sound, harnessing its potential in a series of Judd-like sculptures that are themselves soundless. Linked to this, Suzuki’s ongoing project oto-date invites a series of walks around Newcastle following demarcated ‘echo points’. Like Salvatore Arancio’s 'Cathedral', a video presented in the NGCA, it uses the unique natural echoes of each location, in Arancio’s case Fingal’s Cave, to which we are encouraged to stop and listen with fresh ears. 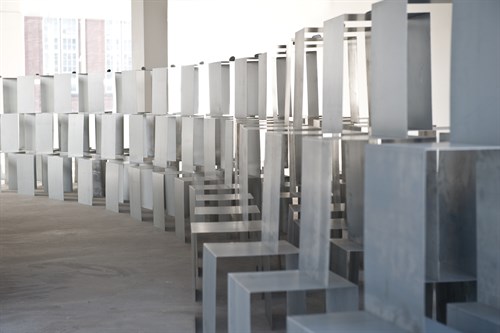 Most easily accessible and arguably all the more successful for it is Susan Stenger’s sound installation at Laing Art Gallery. Taking an engineering diagram of geological formations from the Tyne to the Scottish borders as a score, she renders this historical document as a sound work, referencing local musical traditions, history and culture along the journey.

Further marking the region’s industrial heritage, the closing weekend shifts focus to Dunston Staiths. An architectural remnant of coal industry, this site will be transformed into a sonic, cinematic and lighting intervention, a literal AV extravaganza which promises to re-engage the received history of this monument, extracting and projecting mining heritage into the present-day landscape.

It is difficult to be critical of the AV Festival, especially when it presents some great projects and so unashamedly wears its heart and tastes on its sleeve. But it isn’t an easy exhibition experience: it is relentless in its time demands and expectations; it is unapologetic and unrefined in its viewing experience. Whilst complex works and difficult aesthetics aren’t themselves prohibitive, in some instances there needs to be a more accessible point of entry, an easier way into the work.

AV Festival 14 runs in venues around the North East until 31 March 14.
Programme information

Matthew Hearn lives and works in Newcastle upon Tyne. He holds the position of Collector Development Manager, North East with Contemporary Art Society North. He also works as part time lecturer at Newcastle University and as a curator and writer. He has most recently curated a two part exhibition, RIFF/T for BALTIC’s Project Space, BALTIC39. Along with Iris Priest and Rebecca Travis, he is currently co-developing [i'll be your mirror], a new online platform and events program designed to enhance and support dialogue, discussion and conversation in the arts.

The Sound of Manifesta 9: The Deep of the Modern by Lesley Guy

The Gwangju Biennale 2012 by Steve Dutton

Reflections on Documenta 13. Or Should that be Dogumenta? By Sheila McGregor

Our Art Professional's Guide to the 55th Venice Biennale