A programme about artists working outside of the gallery system

Conversations about Collaboration with idle women 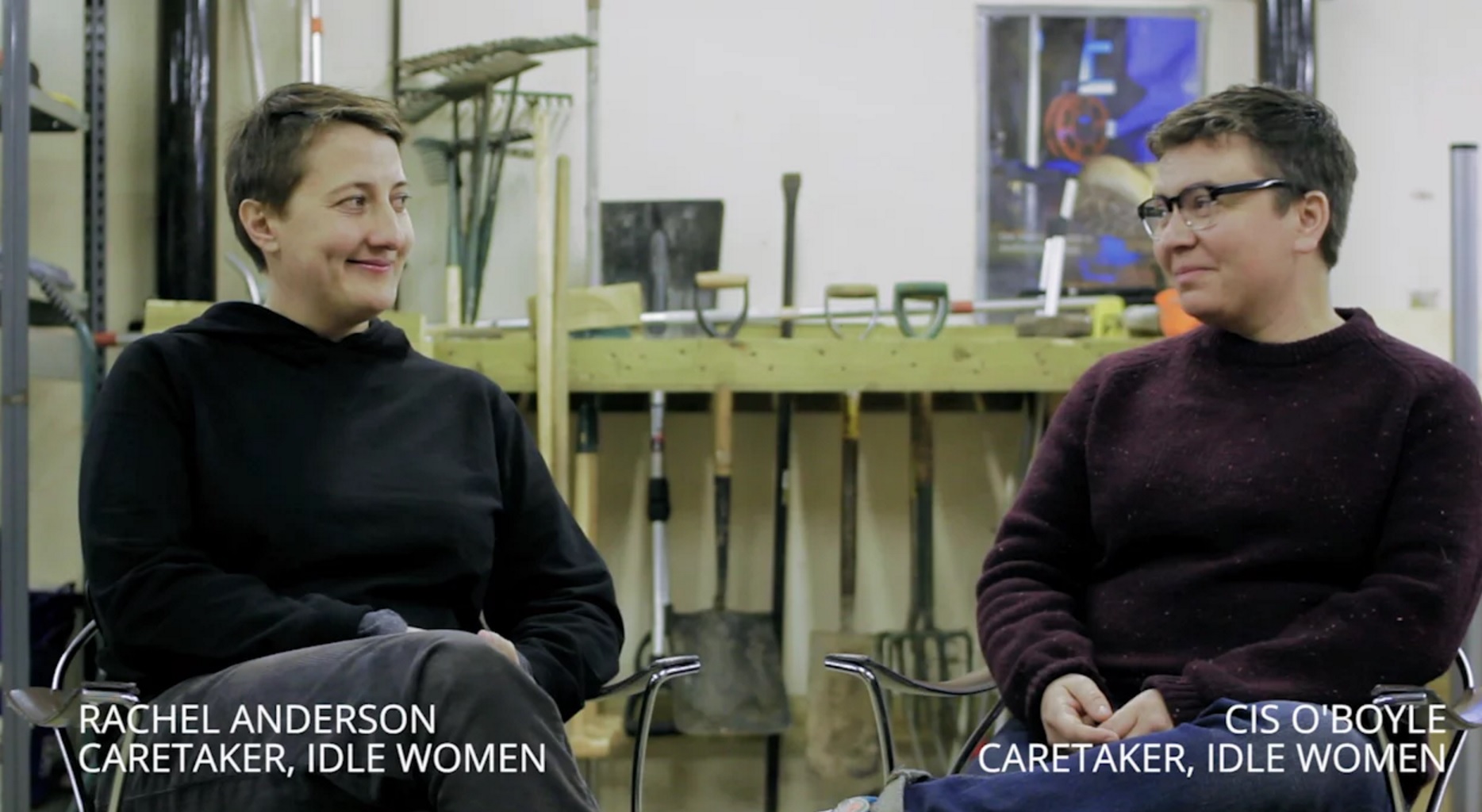 In the build up to WITH FOR ABOUT we visited Burnley in the North West of England to film a conversation with idle women caretakers Cis O’Boyle and Rachel Anderson.

To get involved with the conversation join us at WITH FOR ABOUT on Friday 4th December in St.Helens

idle women is an organisation that initiates, creates and produces contemporary art with women. Founded by its two caretakers Rachel Anderson and Cis O’Boyle in 2015. idle women (on the water) is an inaugural touring project delivered in collaboration with partners in the North West. They initially thought of idle women as a retreat, a place to recover and restore…but as the idea grew realised that what they want is to create is a space that both restores and activates, somewhere that inspires and grows our creative voices and our power.

Cis O’Boyle is a collaborative performance maker who specialises in lighting and spacial design. She works closely with artists and groups to transform space and realise narratives that are accessible and inspirational. Cis has been a performance maker since 2001 collaborating on a wide variety of projects in the UK and abroad including theatre, opera, live art and dance.

Rachel Anderson is a creative producer who supports the development of short and long term working relationships between artists and a wide range of communities, groups and individuals. She develops projects that place emphasis on their shared process, working in partnership to realise new works which couldn’t otherwise happen. Rachel spent 8 years at Artangel as Producer, Collaborative Projects where she developed site-specific works with artists in collaboration with a broad range of communities.

WITH FOR ABOUT: Conversations About Collaboration is a partnership between Heart of Glass and Axisweb.  The event offers  exciting professional development and networking opportunity for artists, producers and creatives interested in the field of social and collaborative arts practice